In the very center of Paris, on the left side of the Seine and directly opposite the Tuileries Gardens near the Louvre, there is a gallery of French art from the 19th and 20th centuries – the Orsay Museum. The place visited by over 4 million people annually belongs to the most famous museums in Paris.

The museum has an interesting, over 100 years history. At the end of the 19th century, this area was purchased for the purpose of building a railway station. The new building was designed by Victor Laloux and his task was to create a place that fits in the elegant district of Paris. This way, the present building was built with an eclectic façade, a glass roof and two huge clocks that have survived till today.

The inauguration took place in 1900 during the world exhibition, at the same time as the Grand and Petit Palais or the Eiffel Tower.

Unfortunately, the building served as a train station only for 39 years, because due to the change in the length of trains, they did not fit into the train station d’Orsay. Over the years, the building had many roles, it served as Renault-Barrault theater, then the Druot auction house, and many movies were shot there.

Plans to demolish the building encountered Parisian opposition, which is why in 1978 it was enlisted on the list of historical monuments. A few years later, the idea of creating a nineteenth-century art museum there started to be implemented by architect Gae Aulenti.

The opening of Musée d’Orsay was made by President François Mitterrand on December 1, 1986.

The museum’s collection consists of collections of paintings, sculptures, photography and graphics, but Impressionist works are the most popular. 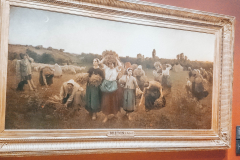 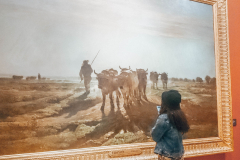 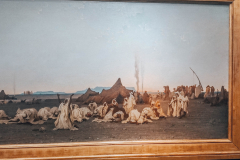 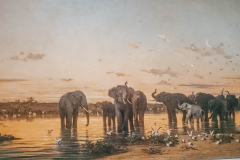 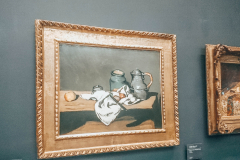 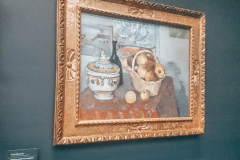 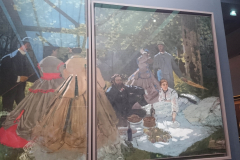 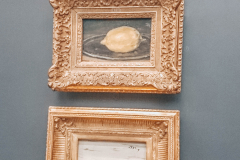 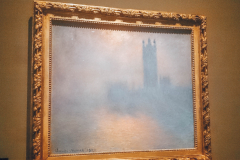 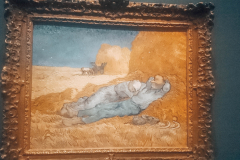 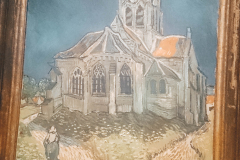 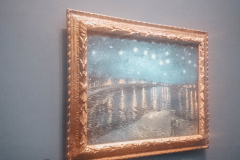 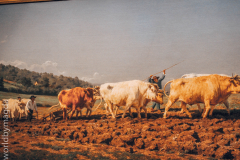 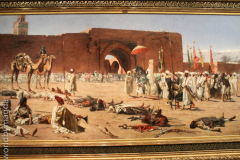 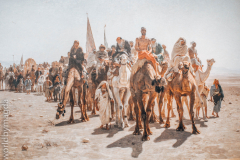 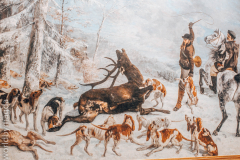 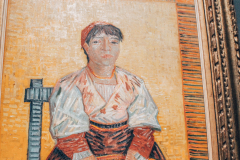 What does Orsay actually mean? It’s a type of shoe, a slipper that covers the back of the foot and fingers, but reveals the foot on the sides. It can be high heels or flat.

What to find in Orsay Museum?

In the museum you can admire the works of many famous artists about whoI heard many times, and never expected to see live. I remember writing a few-handed paper about Paul Cézanne in elementary school and how abstract was the thought of seeing his original works in Paris. That’s why it was an amazing experience for me to see the paintings of the great Impressionists, especially Cézanne in my case.

The most famous exhibits include paintings Self-Portrait and Starry Night on the Rhone of Van Gogh, Breakfast on the grass of Maneta, Tahitian women on the beach of Paul Gauguin or Cathedral of Rouen Monet.

The Orsay Museum has 3 floors and each is divided into a different part depending on the artists and the type of art.

The Orsay Museum is an art gallery with works by outstanding artists, but it is also a beautiful building with a café with a view into Louvre. It is enough to spend a few hours to see all the works calmly and it is really a pleasure to visit this museum.

Disneyland – tips how to prepare for a return to childhood