France waited for that day since 20 years but despite prognoses of having good chances to win, still many doubted it will be possible. Analysts spoke about great team but comparing them to old players from 1998 when France won World Cup, it didn’t feel possible to win at the beginning of the matches. The French football players proved they are amazing and with hard team work they achieved the big win and became the champions of the world in football. Before the World Cup, I wrote an article quoting French sport TV saying about low defence in the team. Already in Euro Cup in 2016 France had big hopes but they got very dissapointed after loosing in finals against Portugal. But they worked even harder during these two last years and it was totally worth it!

The final game was shown in big screens all around Paris and many watched it in bars and public spaces prepared especially for it. Champs de Mars didn’t accept more supporters already 2 hours before the match due to overcrowding, streets were full since lunch time and many metro stations were closed. If someone watched the match at home, right after it finished he probably went to Paris center to celebrate. I was one of those persons who decided to watch the finals at home ( I imagined how crowded it could be and I would not be able to see screens during the game) but I left house after it finished to participate in the happiness on the streets of Paris.

Already in metro people in blue-red-white colors were screaming “On à gagné” (We won) or “On est les champions”( We are the champions) and were jumping till the ceiling of the train. I I tried to get out of metro one stations before Champs – Elysees because all other stops were closed, however hundreds of people were doing the same and we actually got stuck in there for few minutes. It was super hot because even it’s Paris, the place is not adjusted to be hosting so many people at the same time. Despite those problems, no one lost the mood and when the security wanted to close the stations while we waited to exit, all supporters started screaming “laisse-nous sortir” (let us to go out) and they allowed us to leave.

I came out in Invalides, next to Alexandre III Bridge, and all streets were full of man and women wearing French colors, walking with flags, driving with people on the roofs of cars and horning all over. Many streets were closed for cars so pedestrians had enough place. The closer I was getting to Champs Elysees, the more crowded and louder it was getting. Everyone was happy and wanted to express it in the best way. I saw people with colorful flares singing the national song of France, others with fireworks jumping and screaming “Qui ne saute pas n’est pas français” (Who doesn’t jump, is not French) and many sitting and drinking with friends. There were hundreds of people all around and everyone was proud of becoming “champion du monde” (world champions).

I am very glad I was able to participate in such joyful experience and I must say – Well Done la France!

Check out my gallery from this event: 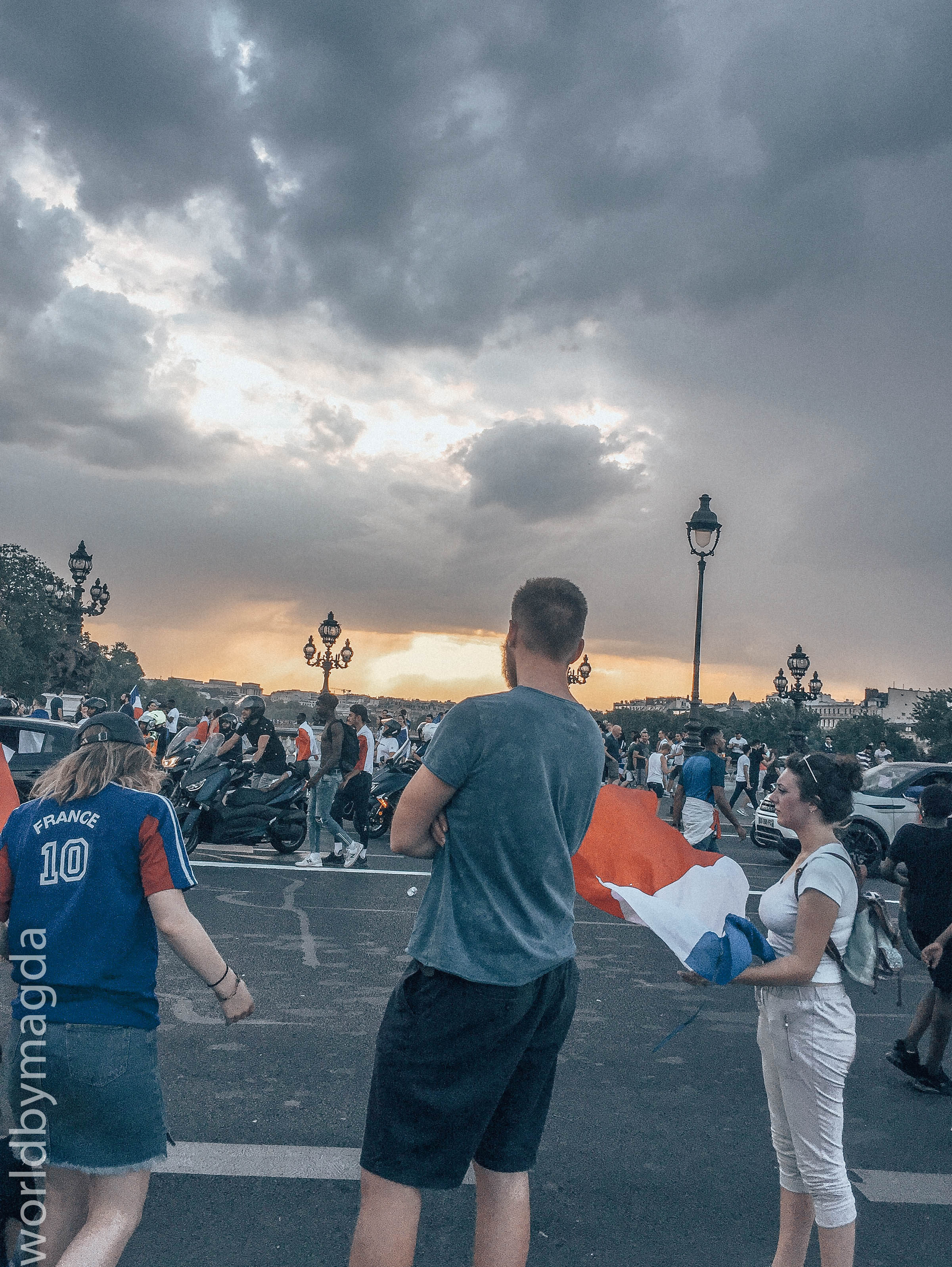 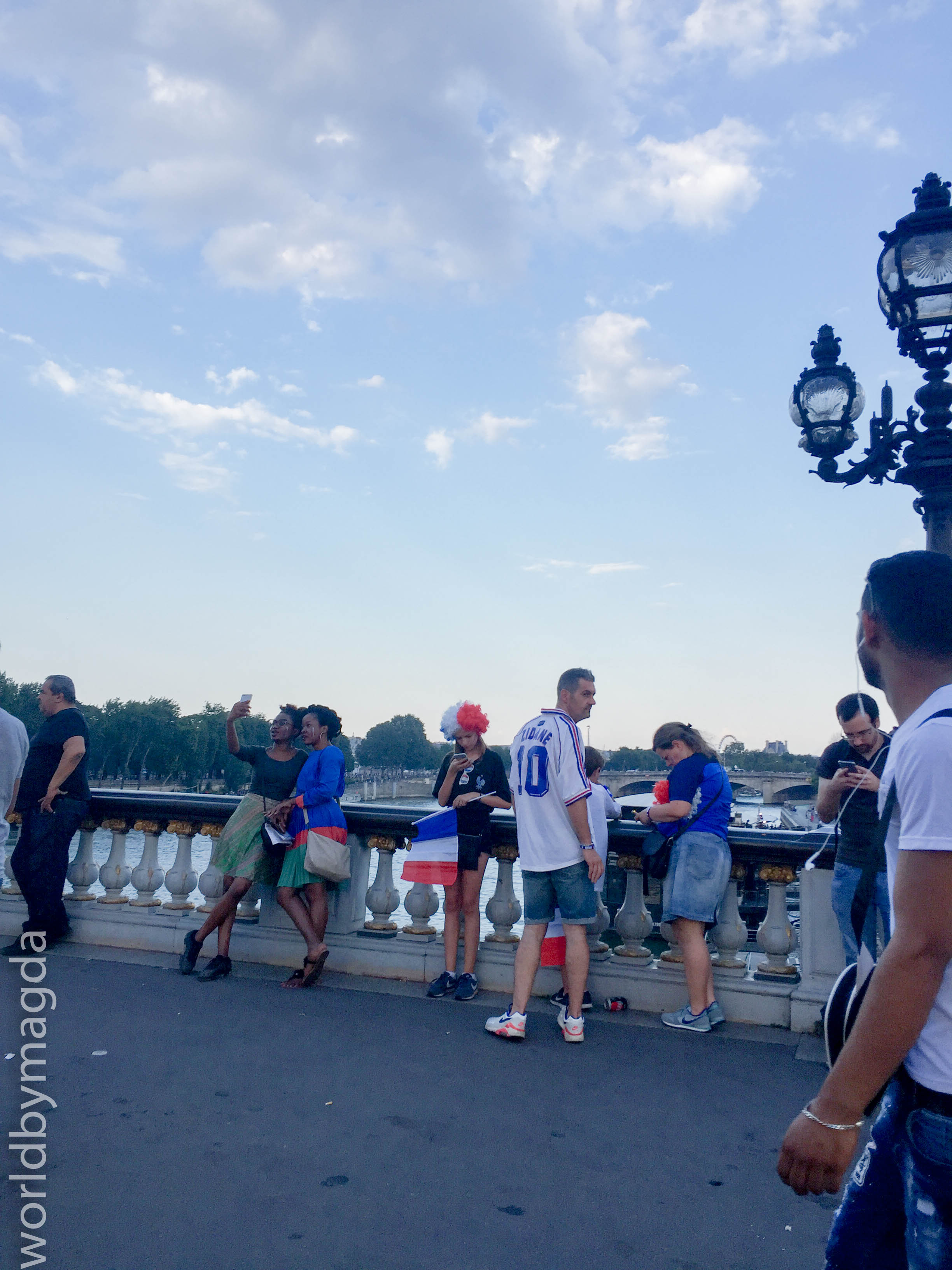 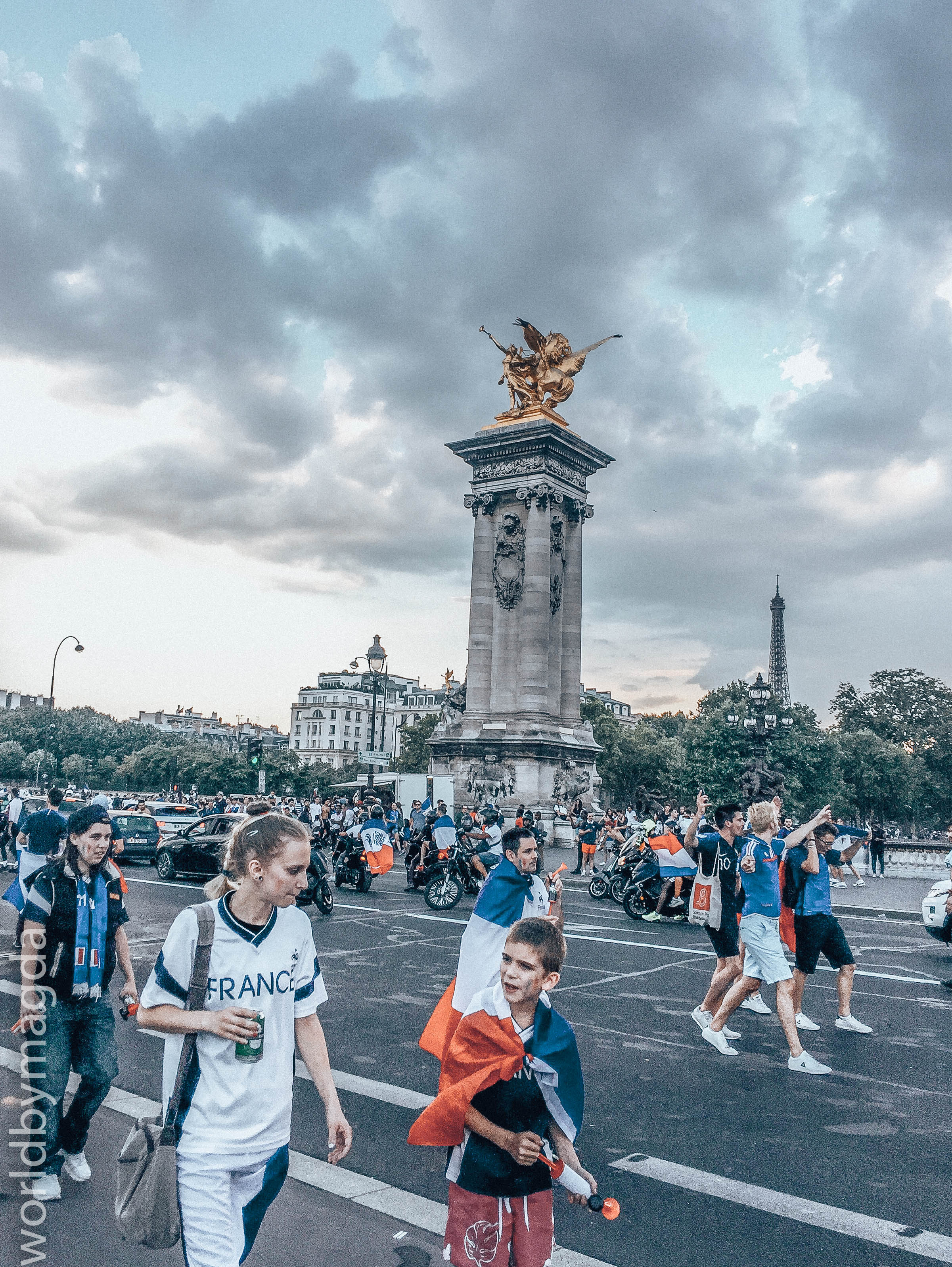 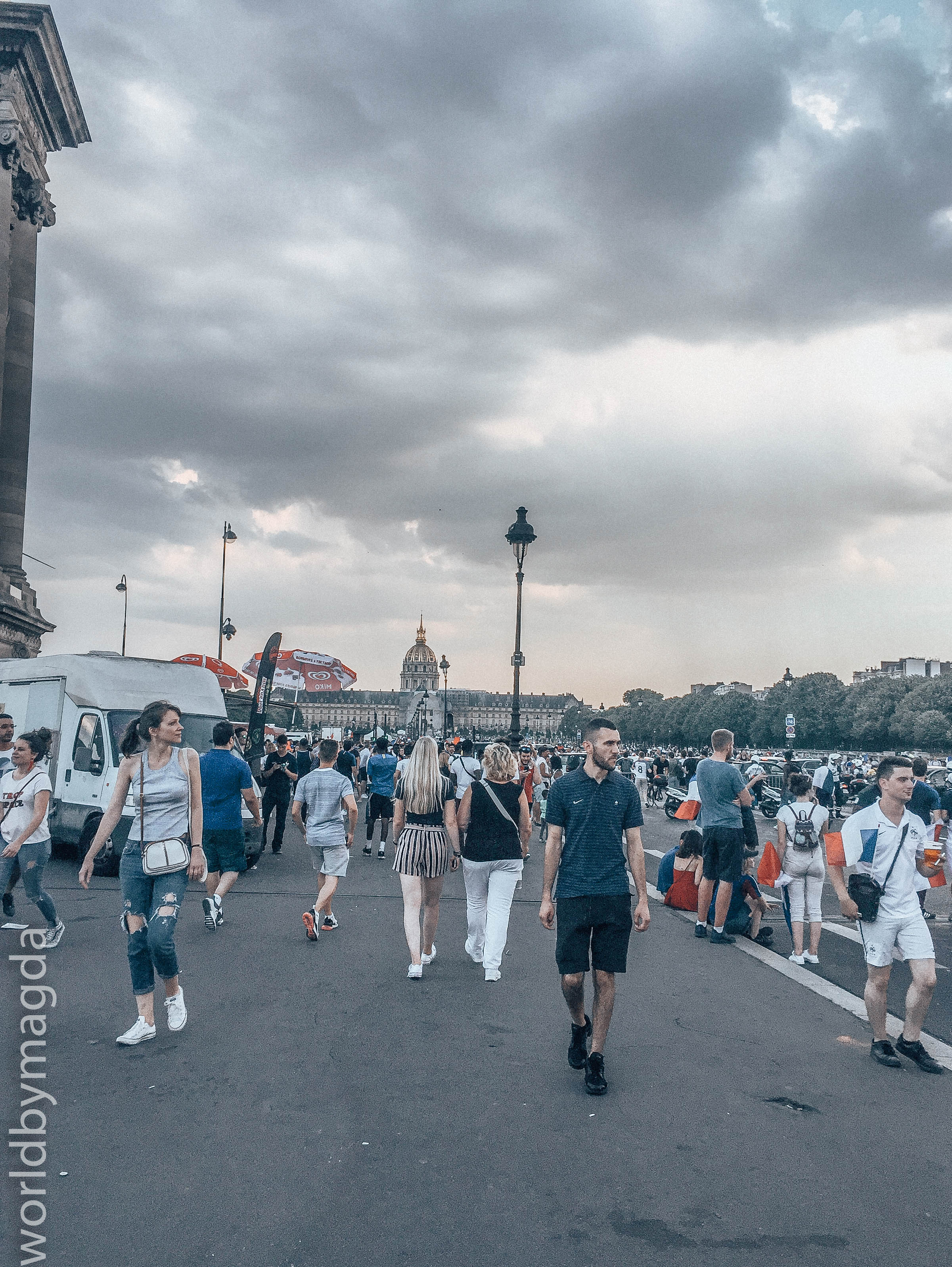 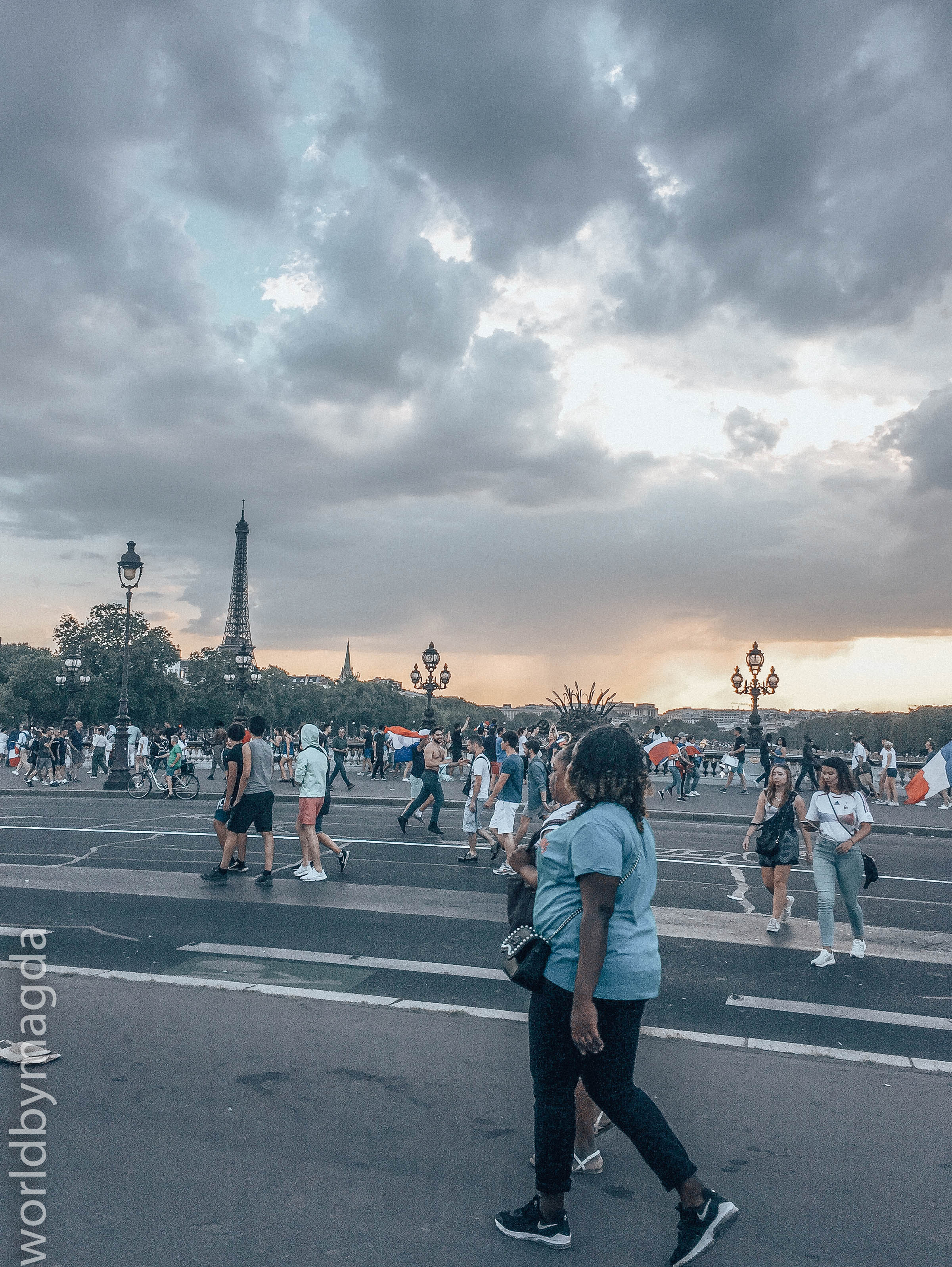 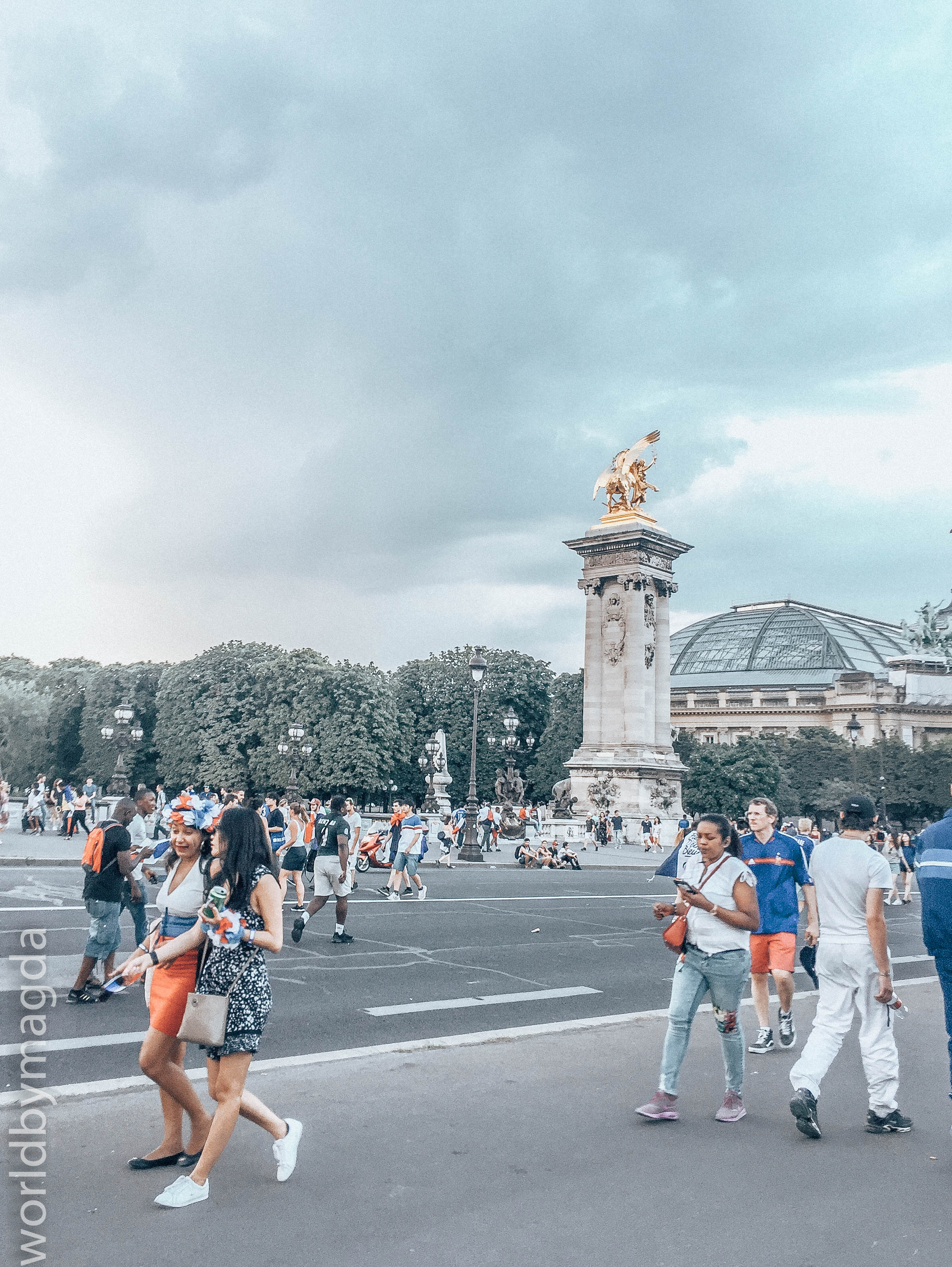 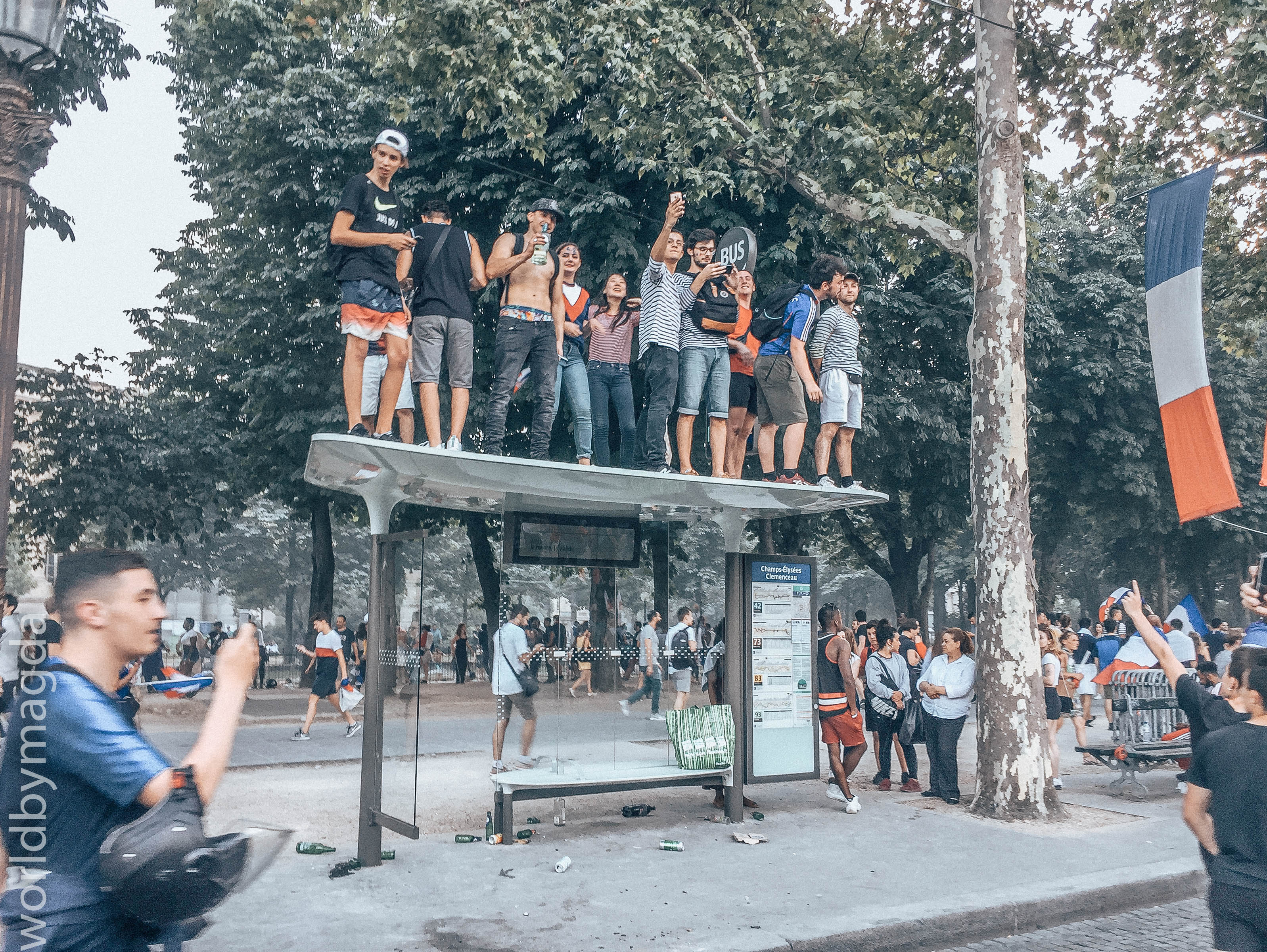 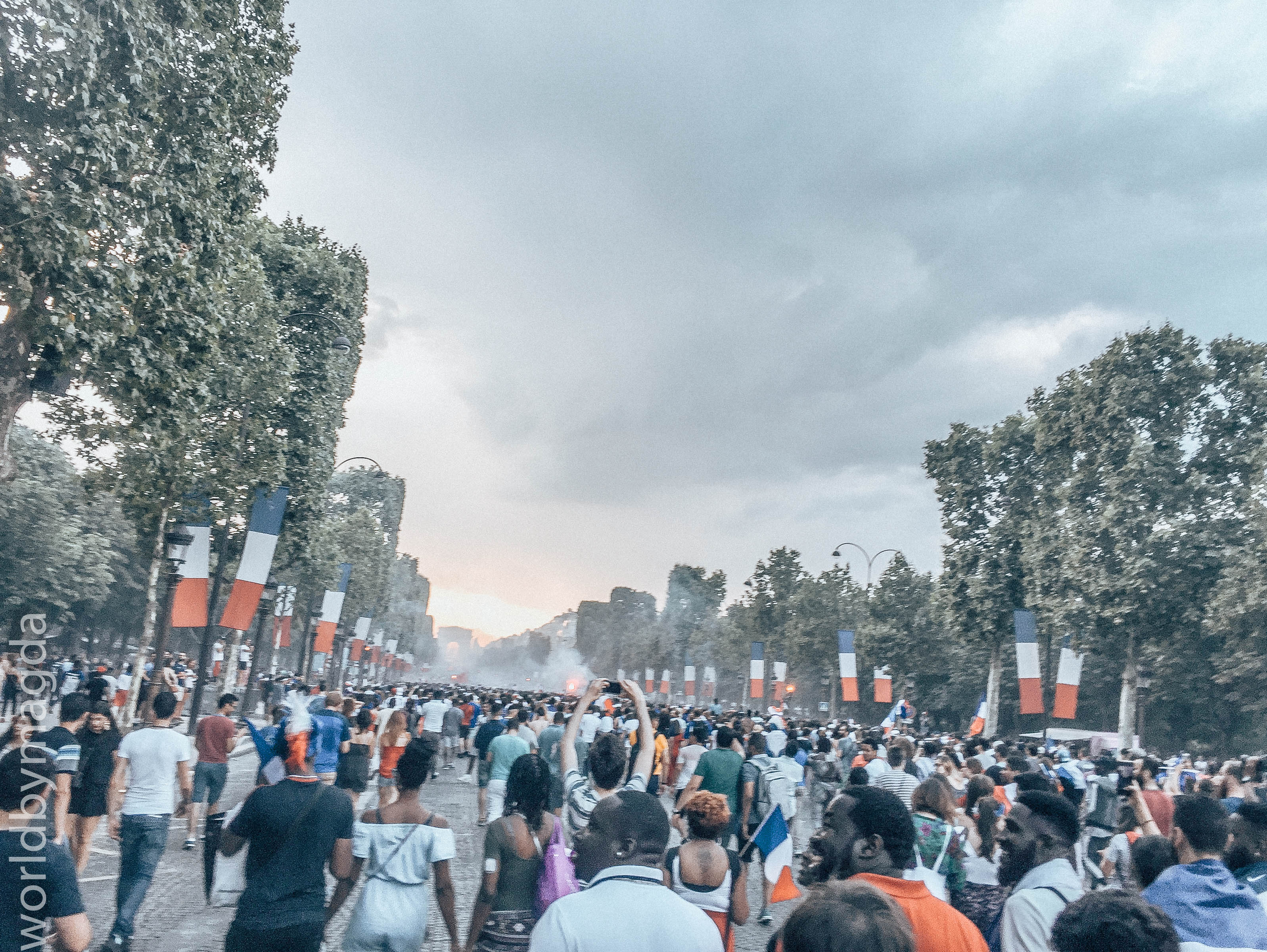 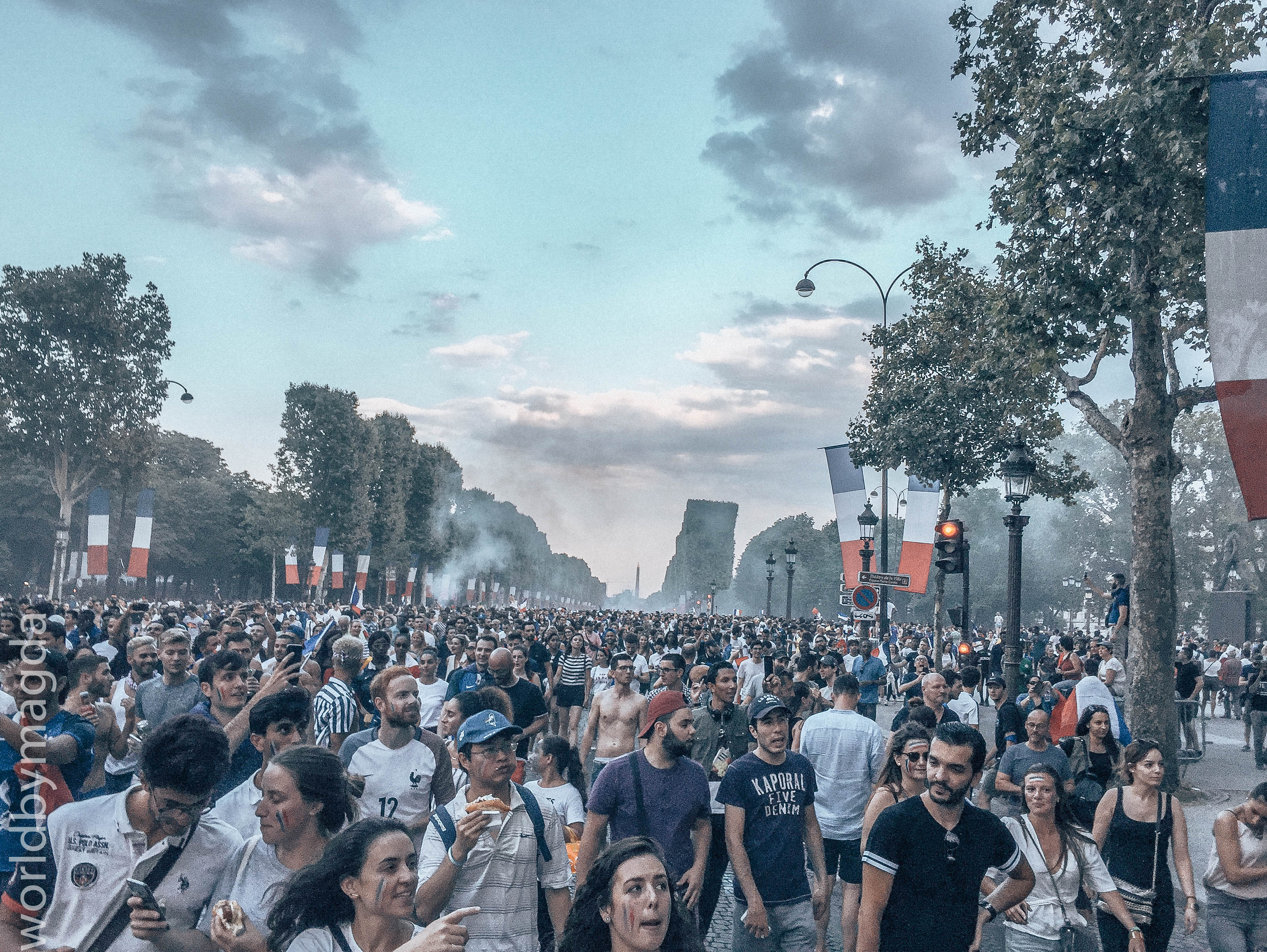 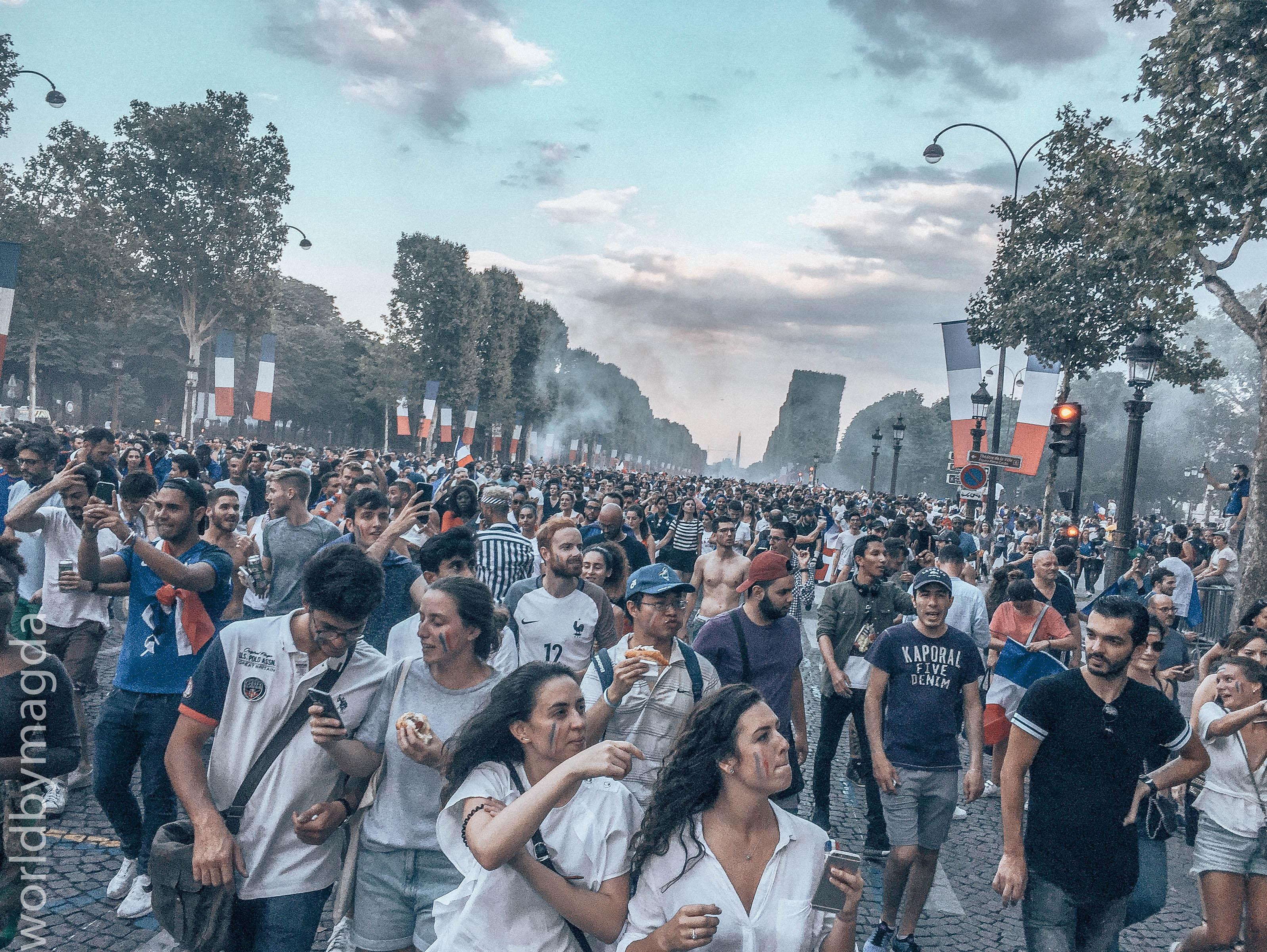 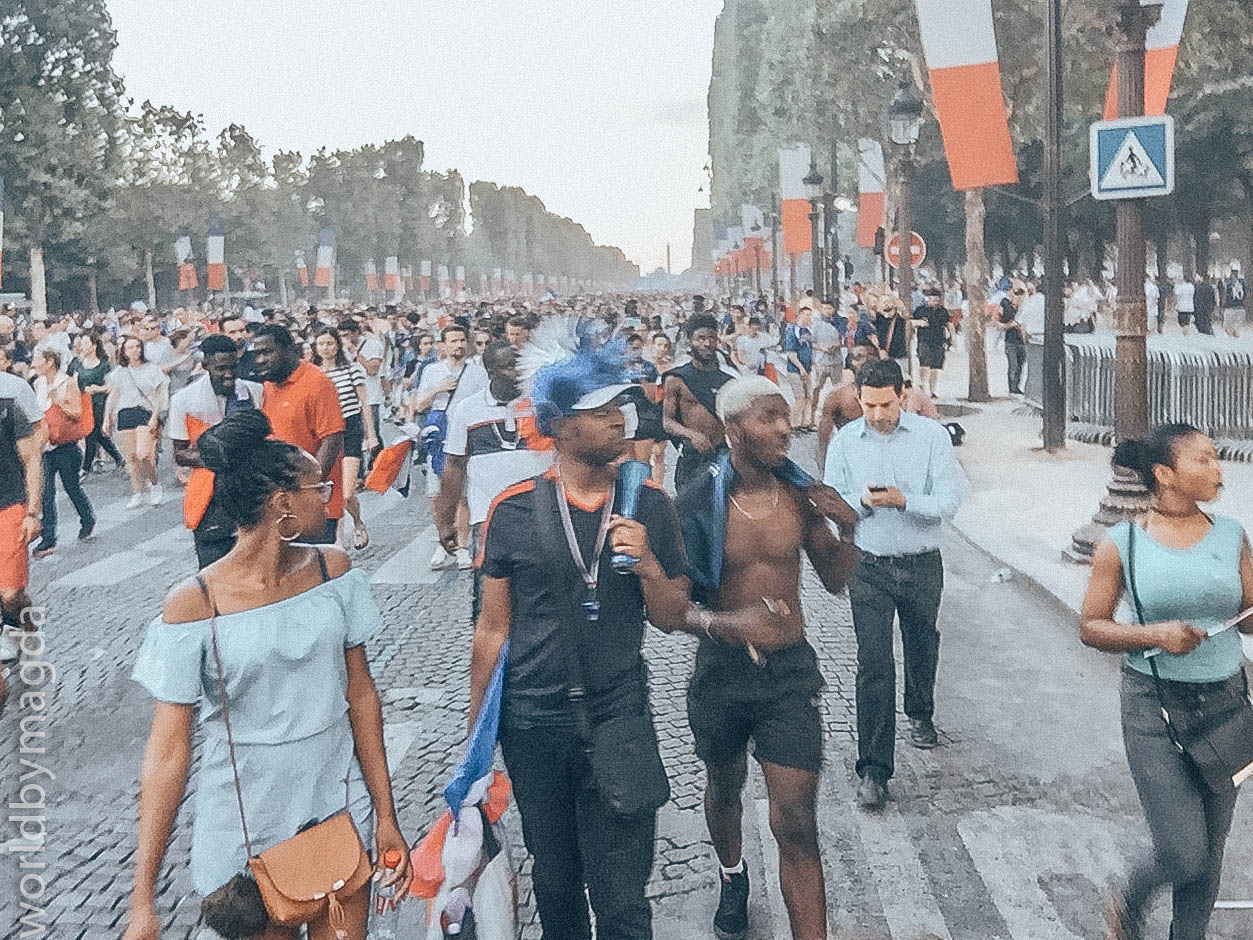 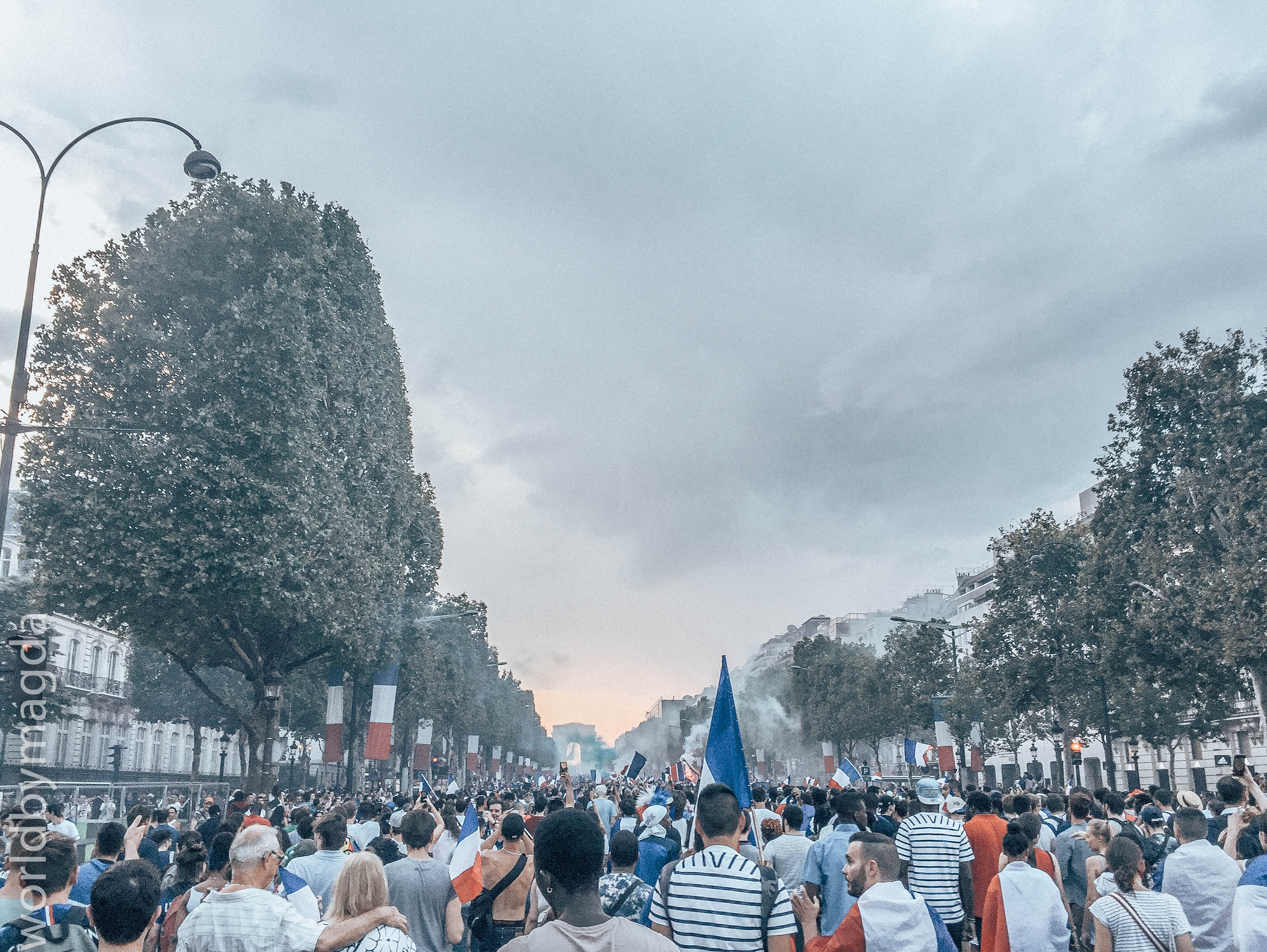 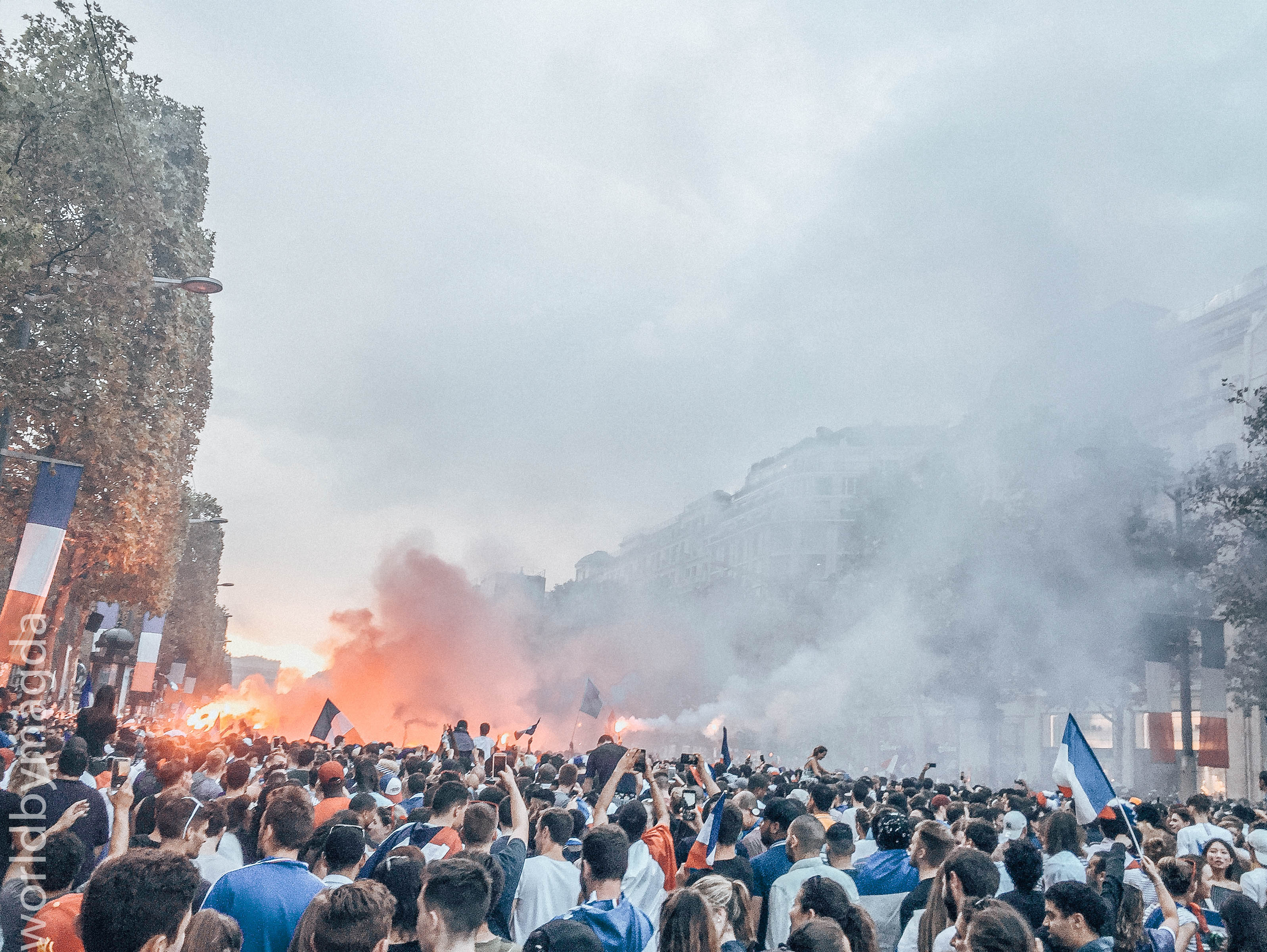 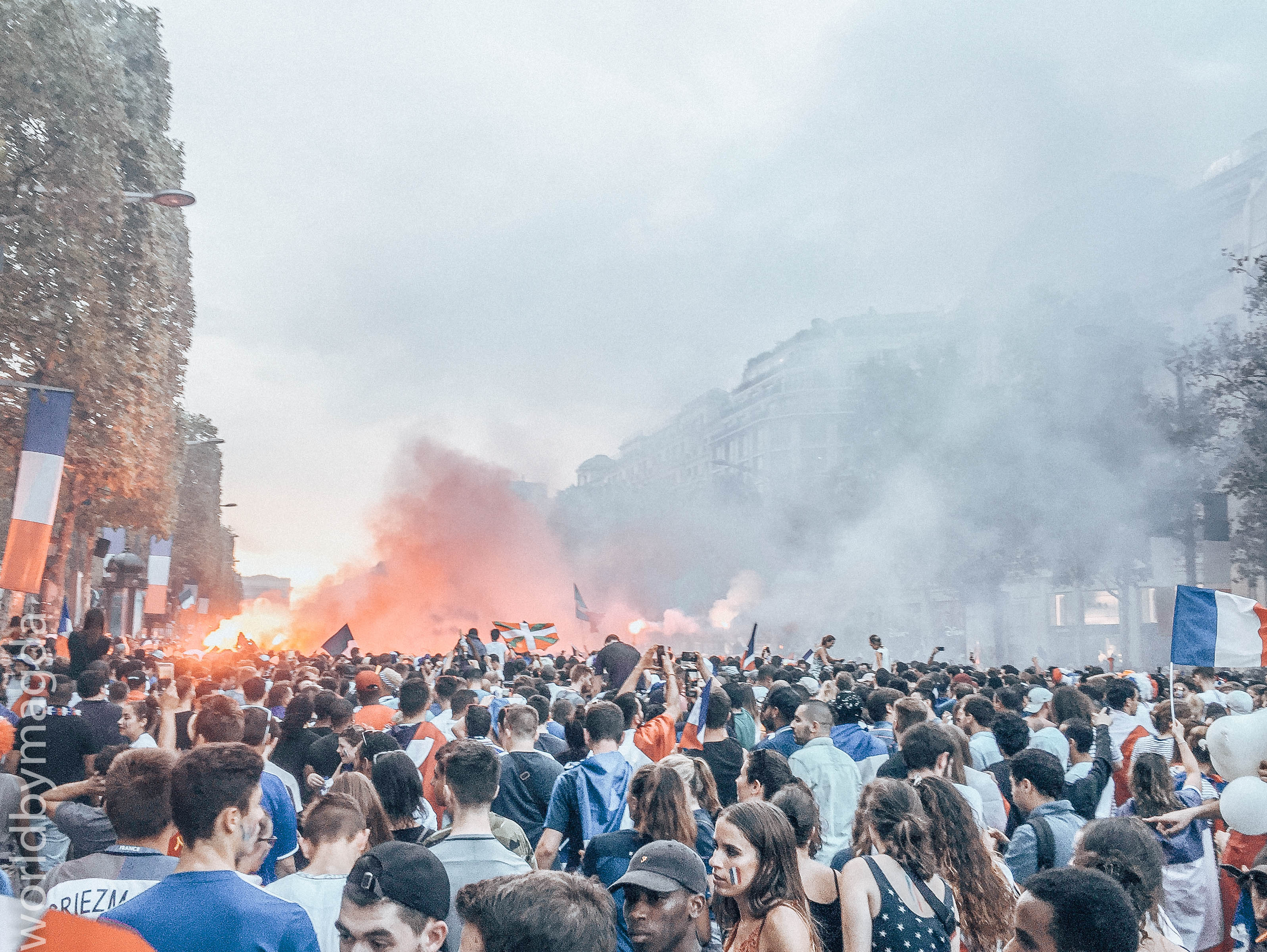 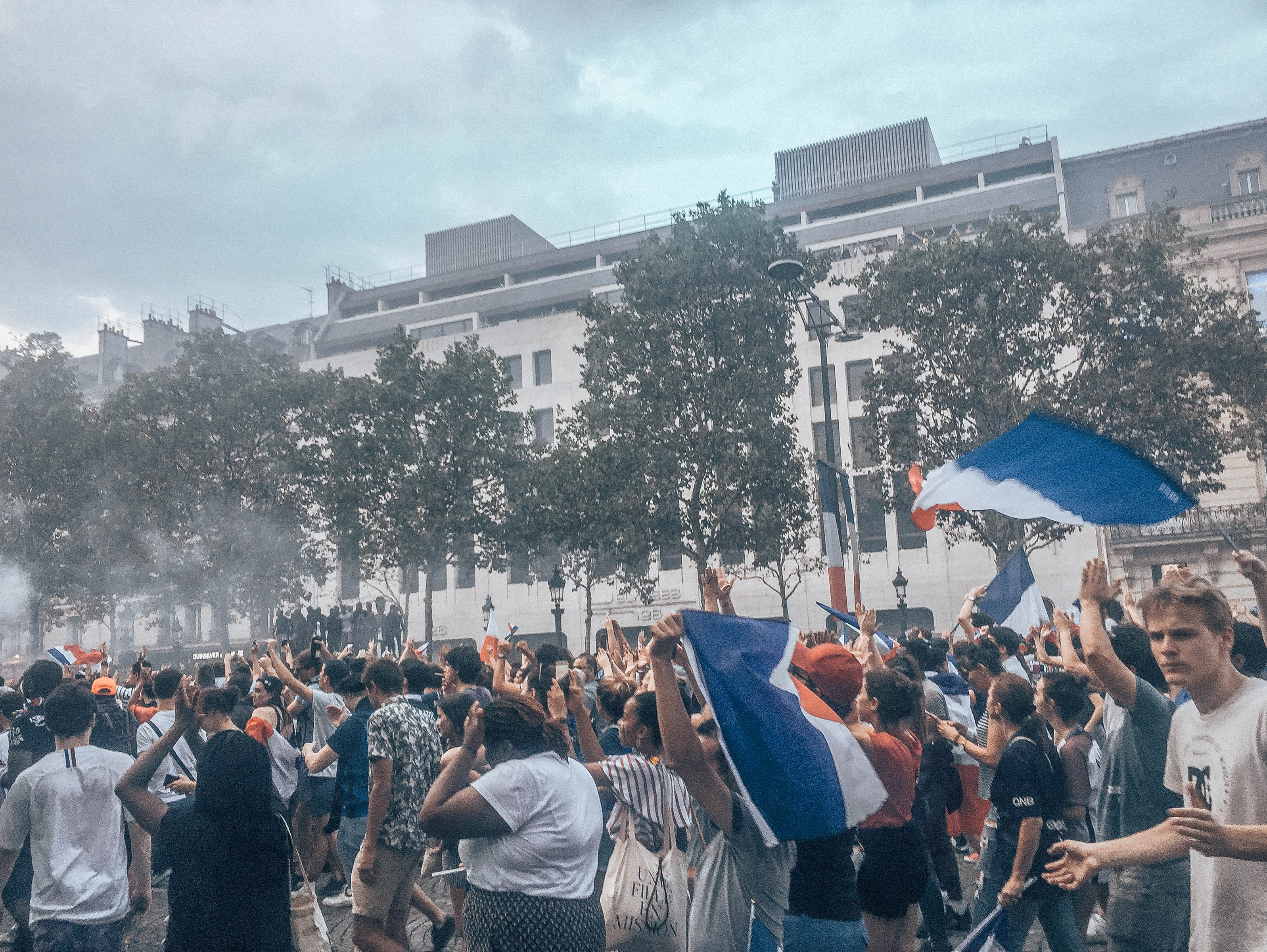 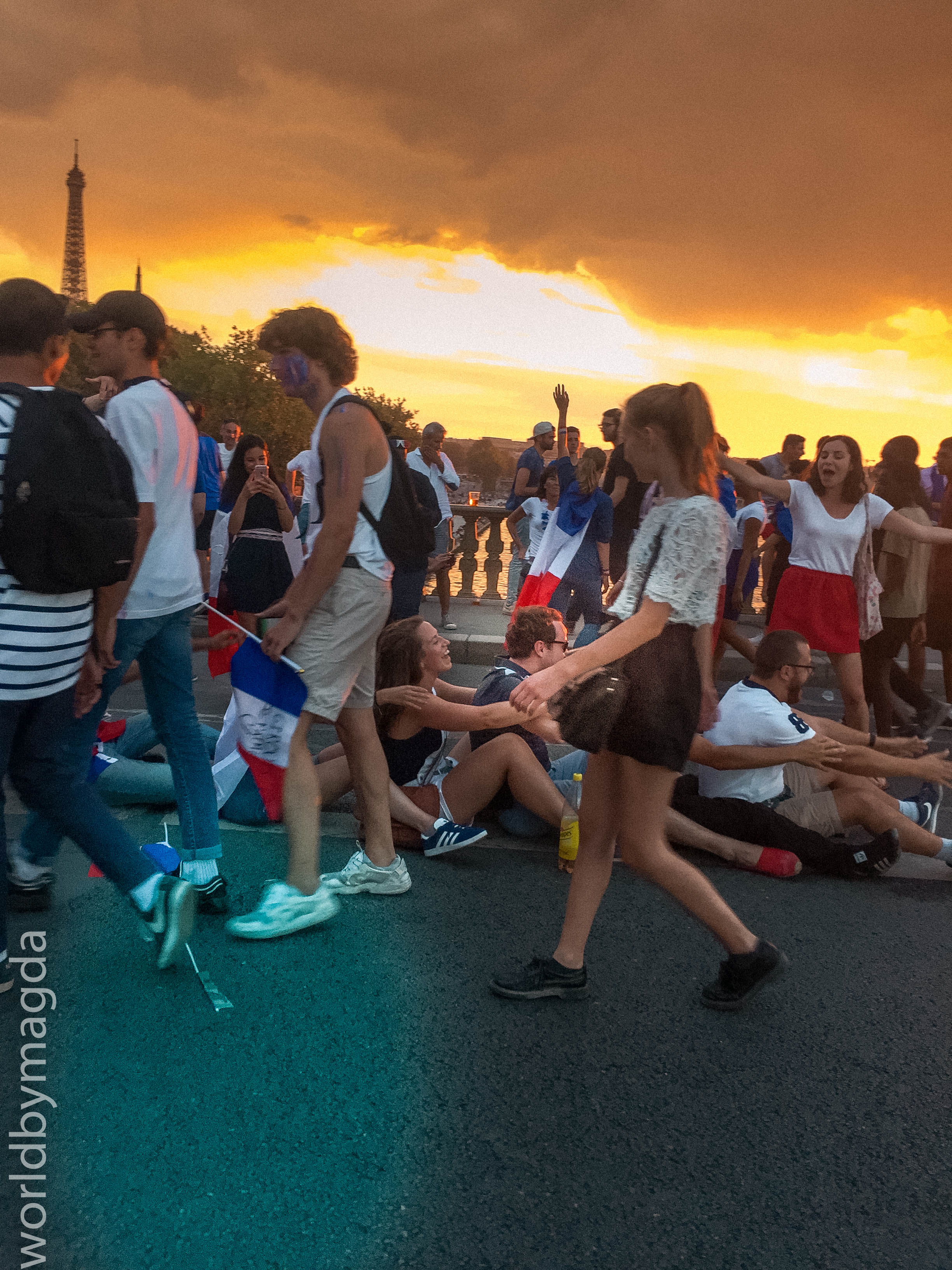 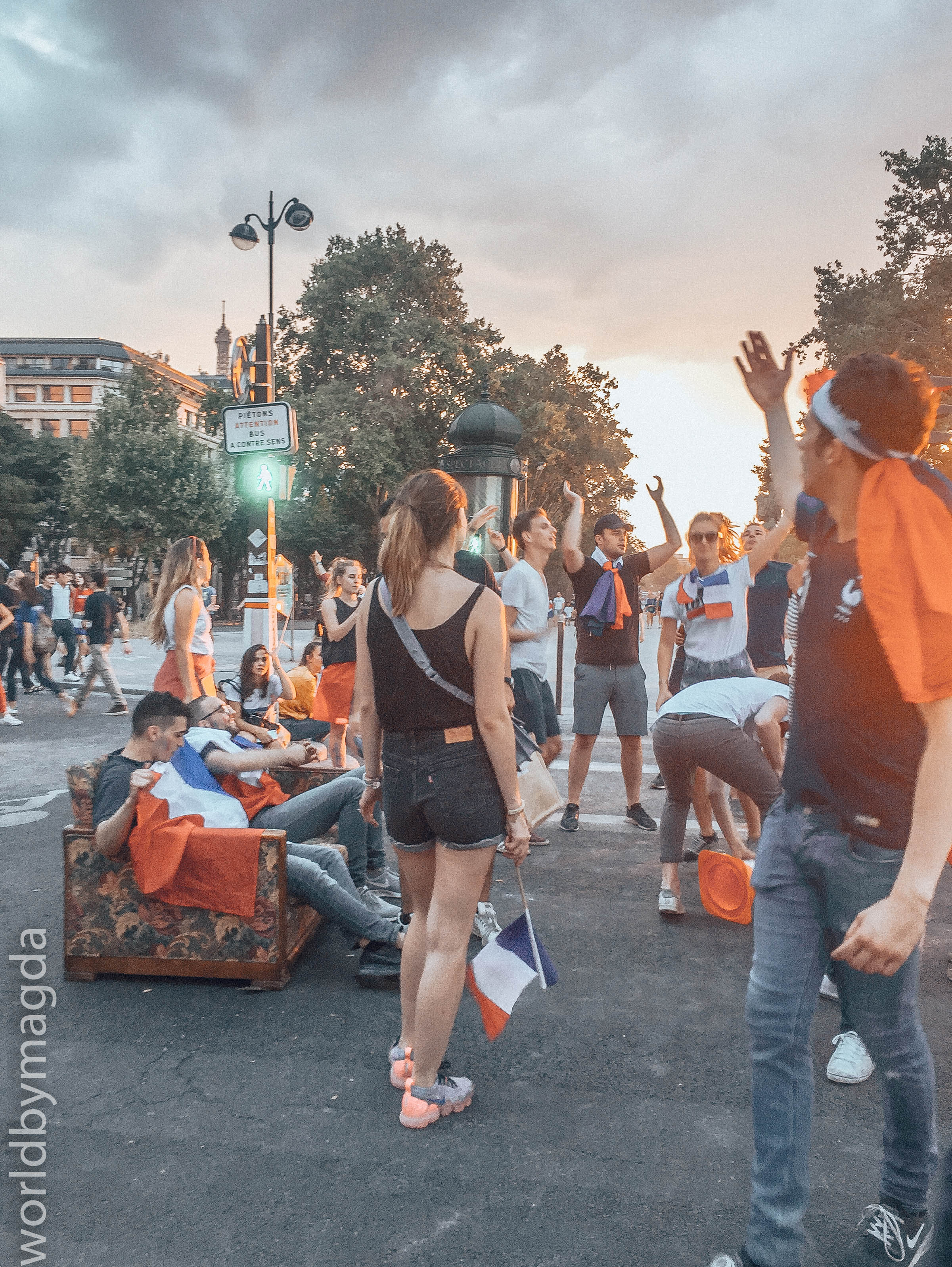 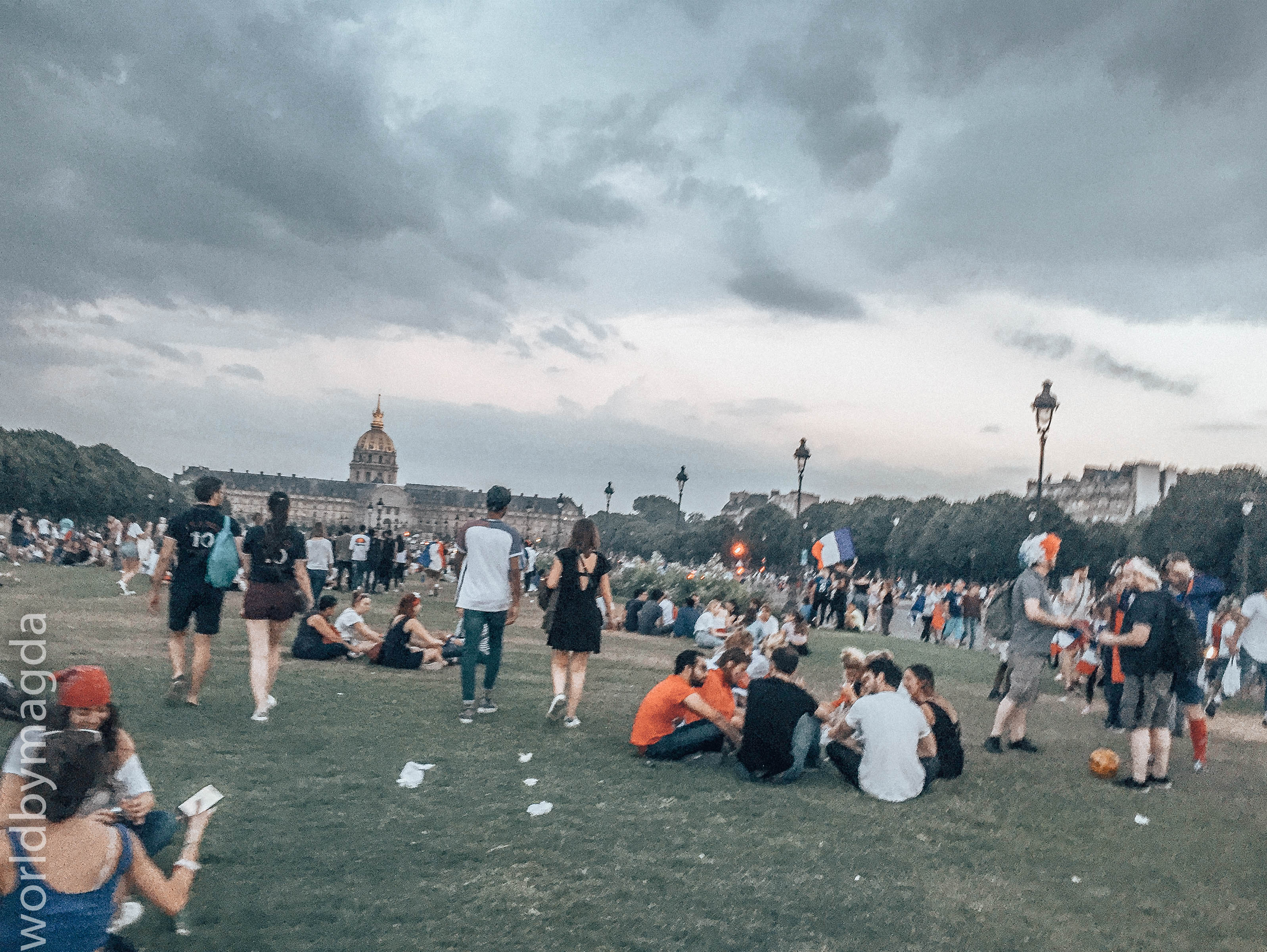 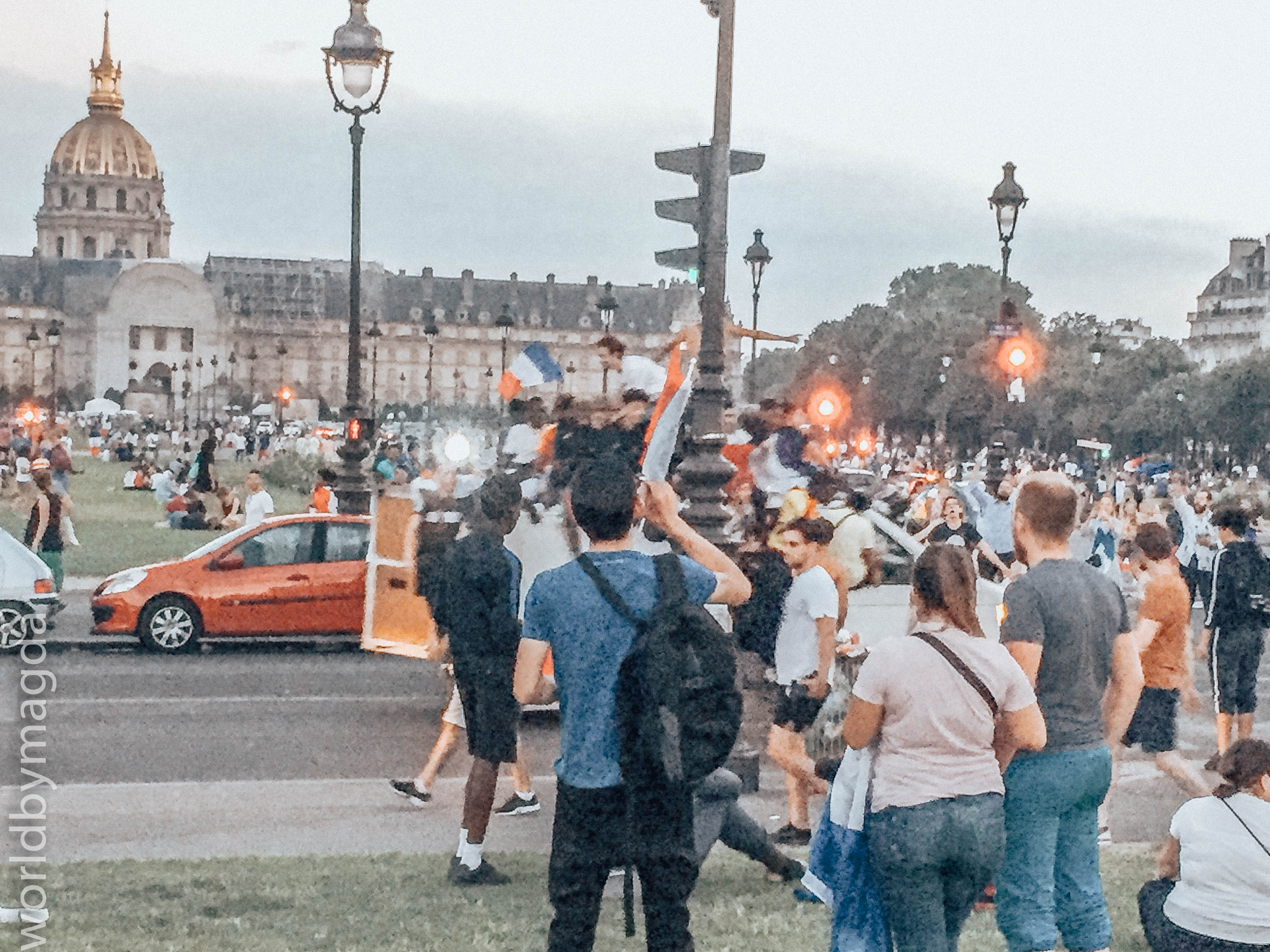 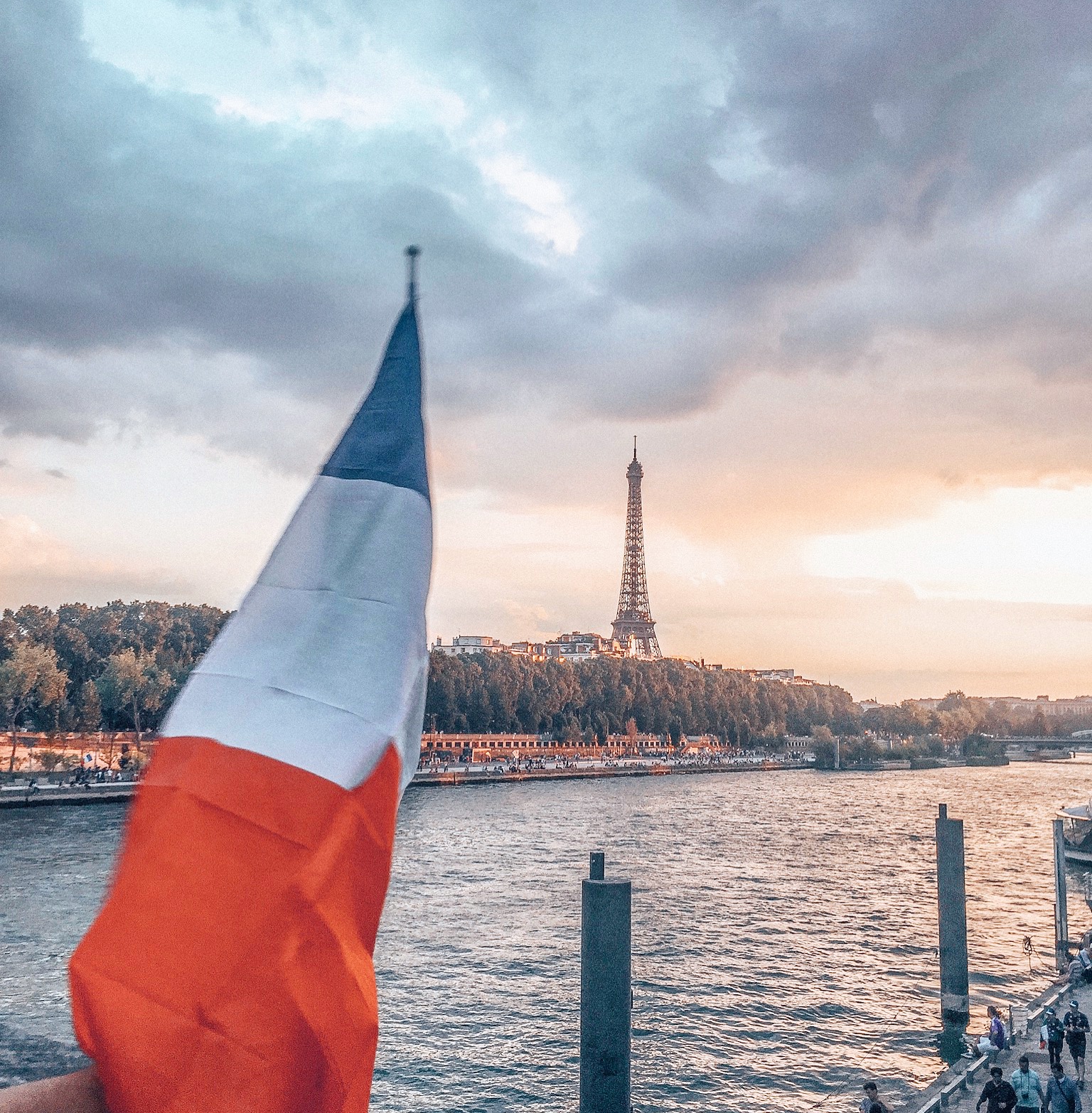 What to see around Marseille – La Ciotat

7 days in Marseille – what to do during one week in the capital of Provence?

Football in France and atmosphere before World Cup