I don’t know a person who haven’t heard about Louvre. This huge museum of Paris is not only famous for it’s collections but also for the beautiful Louvre Pyramid and the Jardin du Tuileries next to it. This place is an obligatory spot on list of every tourist visiting the capital of France. Famous for its Mona Lisa and other Da Vinci paintings as well as for ancient Greece and Egyptian collections, this museum has over 380 000 objects and is being visited by over 10 millions people each year.

Louvre is so huge that it’s difficult to visit. If you want to spend 30 seconds on each object display unit, you would need 100 days to see all pieces of art!  Despite it has been divided into 3 parts, still each part is much bigger than most of museums. On 73 000  square meters you can find objects from prehistory to the 21st century.

The Louvre Museum was built in 1190 to be served as a defensive fortress. After two centuries, it was transformed into a royal residence for 20 rulers of France. In the 17th century, the royal court was moved to Versailles and it was decided that Louvre would be handed over to the artists. Finally, in 1793, a museum was opened. The initial collections were royal objects and confiscated church property.

“The collection was increased under Napoleon and the museum was renamed Musée Napoléon, but after Napoleon’s abdication many works seized by his armies were returned to their original owners. The collection was further increased during the reigns of Louis XVIII and Charles X, and during the Second French Empire the museum gained 20,000 pieces. Holdings have grown steadily through donations and bequests since the Third Republic.”

In 1983 the French president, François Mitterrand, proposed a plan to renovate the museum. Architect I. M. Pei designed a project of a glass pyramid to stand over a new entrance in the main court, the Cour Napoléon. The pyramid and its underground lobby were inaugurated on 15 October 1988 but the Louvre Pyramid was exposed in 1989. The second phase of the Grand Louvre plan, The Inverted Pyramid, was completed in 1993. 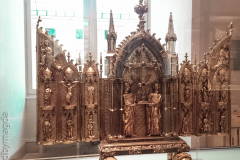 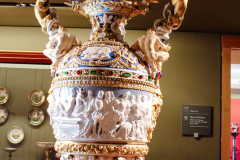 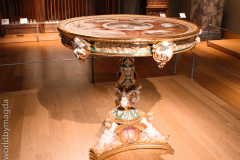 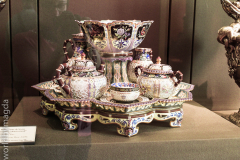 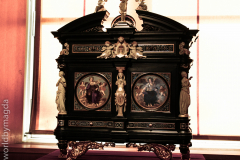 There is always a huge line to enter the museum so be prepared for at least 40 minutes waiting before entering the lobby where you can buy tickets. You can also get the tickets online for 2 € more but this will allow you to save a lot of time – there is different (much shorter) queue for people who already have tickets and the Louvre website assures less than 30 minutes waiting time for people with this ticket. Once you are inside, under the glass pyramid, you will find information, ticket counters, cafes, souvenir boutiques and entrances to three pavilions, which are:

The collection is divided among eight curatorial departments:

There is a reason why Louvre is the most famous museum in the world – it is full of amazing art pieces where everyone can find something for himself. However, if you don’t have enough time to visit it, just going around Louvre and taking pictures with the great buildings and the Pyramid of Louvre, it’s already an amazing experience.

The Basilica of Sacre Coeur – great monument on top of Paris